During the real estate boom of the late 2000’s, Williamsburg, Brooklyn, saw change like no other neighborhood in New York City. Large areas of aging industrial and residential buildings were razed in record time to make way for hulking condo superstructures. Many new buildings have been realized, but scores of others have stalled, leaving once vibrant blocks vacant by day, dangerous at night, sheathed in rows of plywood, chain link fences, and plastic tarps. To previous generations, empty lots such as these signified neighborhood disinvestment. They now bespeak of a different disease, overzealous gentrification. As of July 2009, eighteen sites, both empty and with halted rusting steel building frames, litter the streets.

Construction barriers, built with no architectural value or neighborhood contextualization in mind, have been erected to keep the public out. Their forms have been left to fend for themselves against the elements. Passer-bys and mother nature battle to (re)claim what lies behind their facades, causing property owners to hastily repair the violent punctures and windswept ruptures befalling their shoddy forms. Ruffians committed to claiming the territory as their own ceaselessly fly post and spray-paint ownership haphazardly across their facades. This layering of events creates a series of bold mark making which, in conjunction with their structurally piecemeal appearance, illustrates the frustration and animosity of a neighborhood literally stuck in transition. 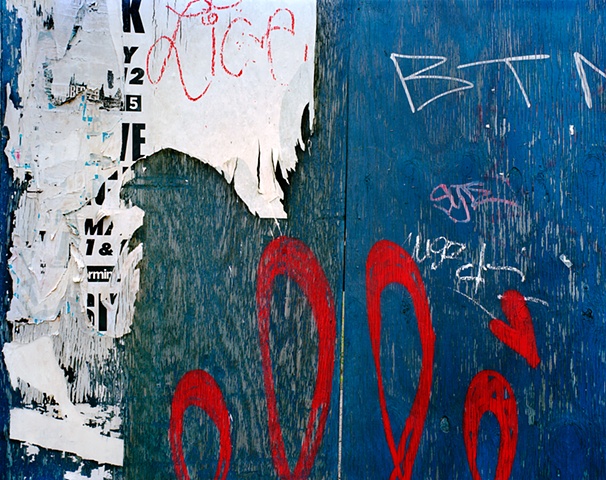 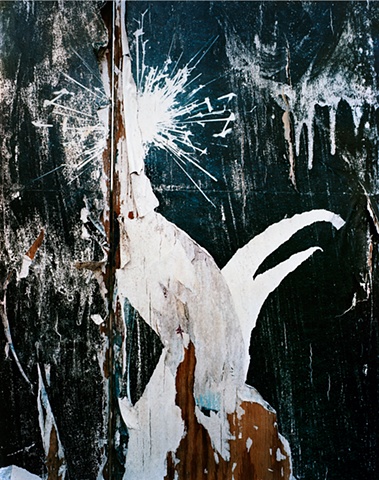 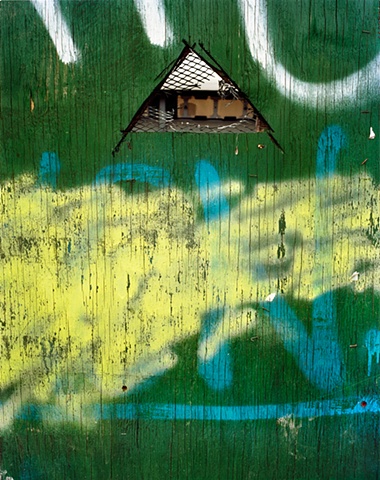 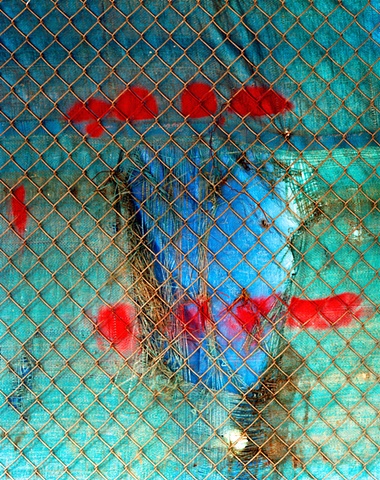 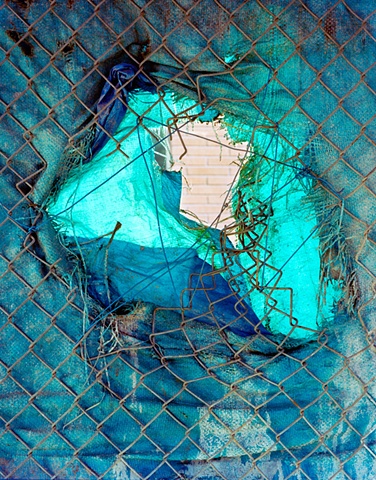 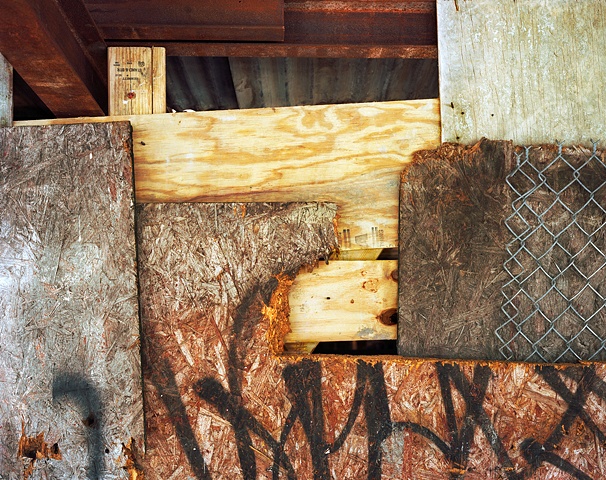 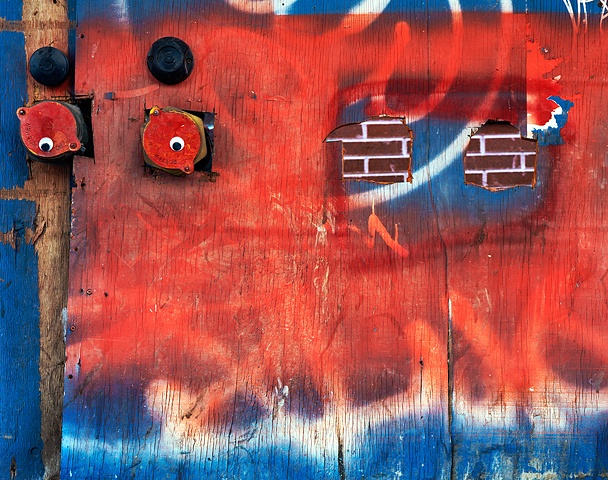 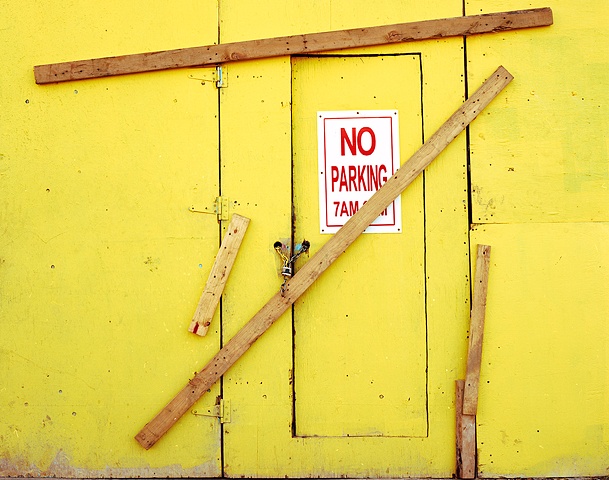 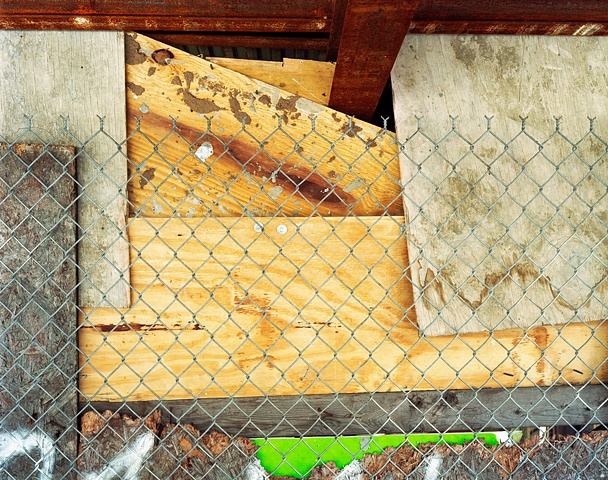 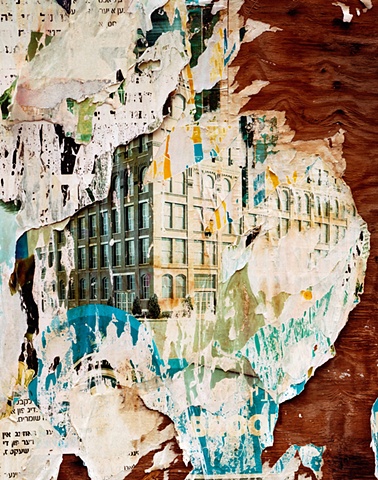 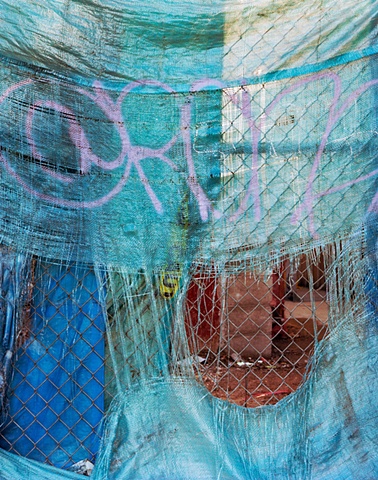 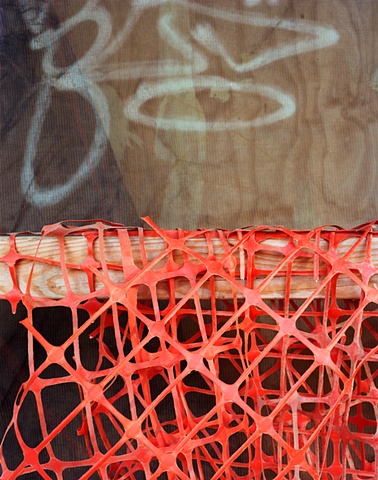 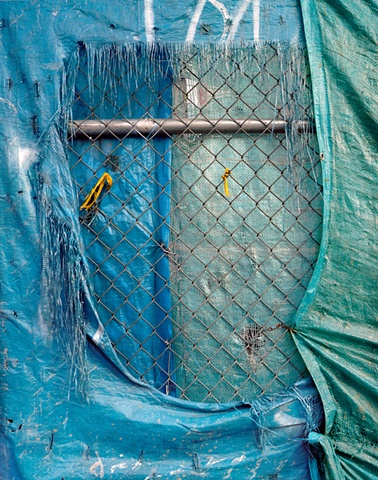 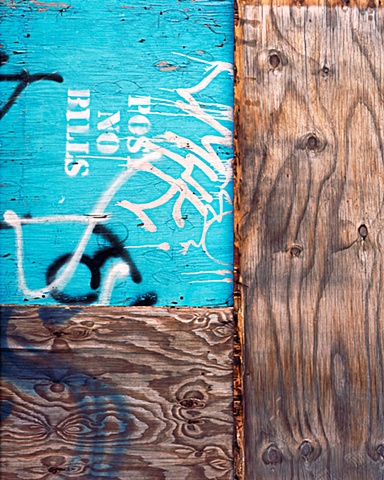