Jennifer Williams’s series New York: City of Tomorrow juxtaposes images of the Panorama of the City of New York with photographic documentation of areas currently undergoing radical change. It’s a study in parallel growth exposing, en mass, the verticality sprouting skyward at the terminal ends of the #7 subway line. The work describes the dreams and aspirations chased by a twenty-first-century New York, one anxious to remain a world-class city, putting forth a vision of New York's rising skyline from a “feet on the pavement” pedestrian point of view.

The Panorama of the City of New York is a 10,000 foot model of the five boroughs built as a descriptive tool for the 1964 World’s Fair and last updated in 1992. It offers a miniature, three-dimensional opportunity to travel back in time to an earlier version of the city. Long Island City, Downtown Brooklyn, 57th Street (Manhattan) were installed in the room housing Panorama for the 2016 Queens International Exhibition. The series continued on in other venues to include Lower Manhattan (FIDI) and The Bowery. A work addressing Williamsburg and a book of the series are both in the works.

This project is made possible (in part) by the Queens Council on the Arts with \ public funds from the New York City Department of Cultural Affairs in partnership with the City Council and a space grant from the Flushing BID. 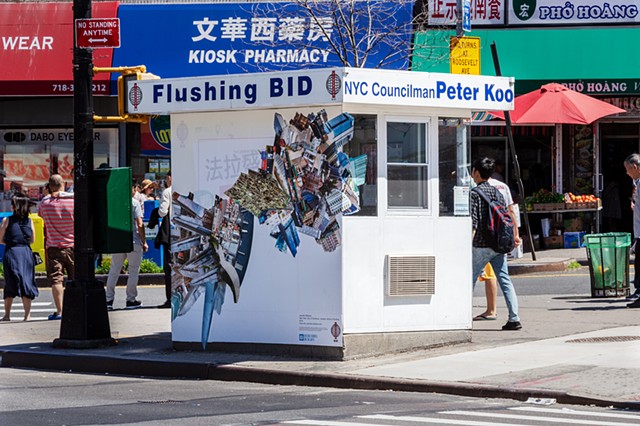 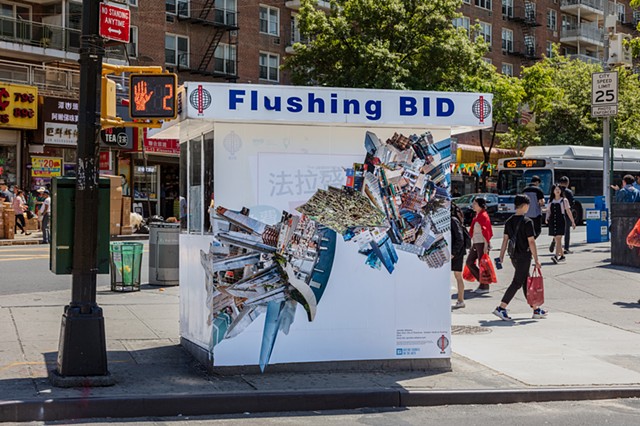 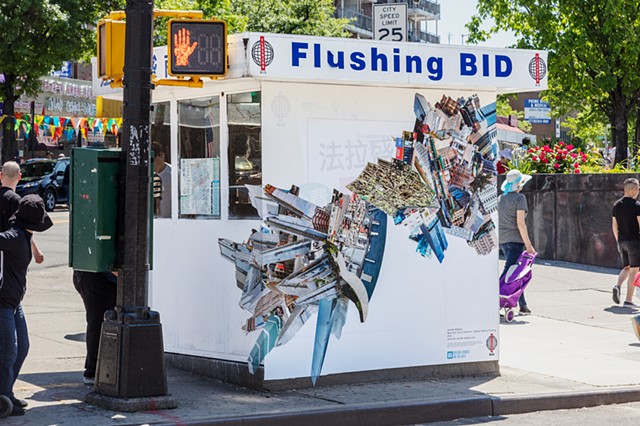 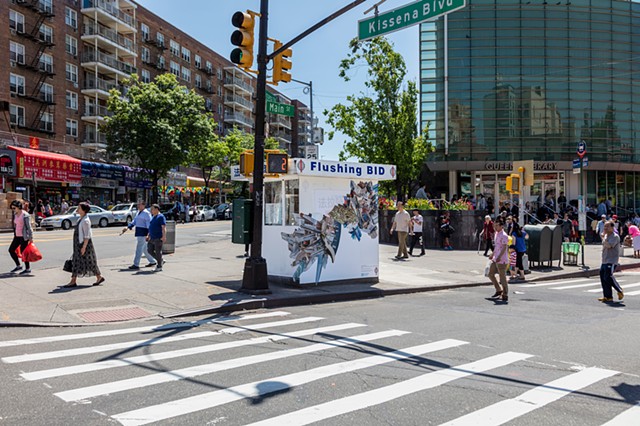 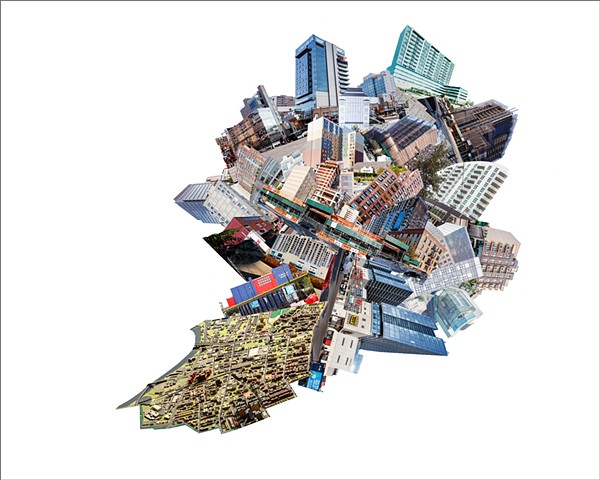 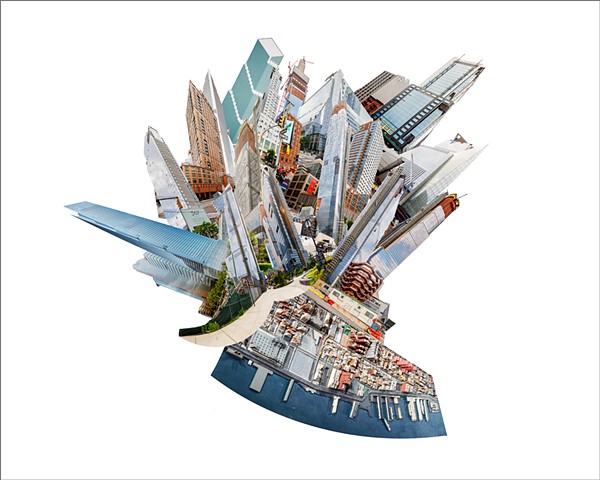