In [FLO] Williams focuses her attention on the immediate landscape of the gallery itself. Her installation reminds us that there is substantially more to an exhibition space than a white walled cube. By photographing the ducts, pipes, light fixtures, office equipment, and other necessary but often hidden features of a gallery, Williams deconstructs the space, highlighting the architectural elements that make the building function but often go unnoticed. The viewer is directed to see the space in its entirety instead of imagining the artwork to be separate or unaffected by its context. In this case, rather than returning her large-scale collages to the street, Williams allows the outside to in. The literal and imagined ductwork, electric lines, sprinkler system and other pipes lead the viewer’s eye around the space, serving as pathways to the building’s exterior and the surrounding urban geography. 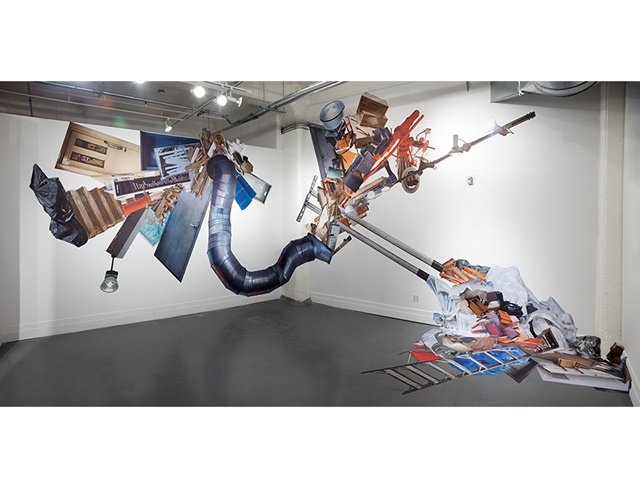 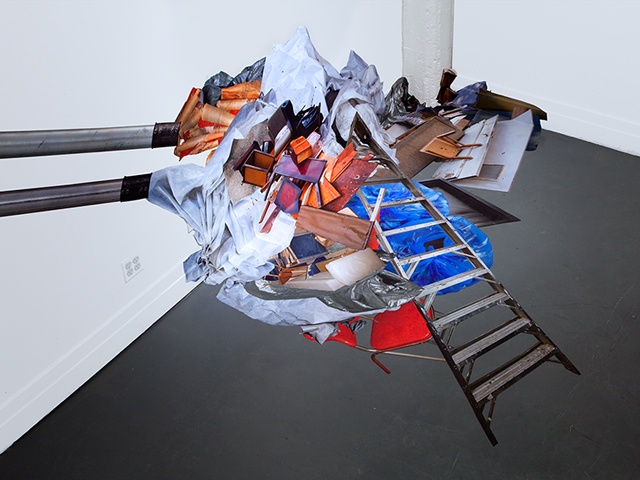 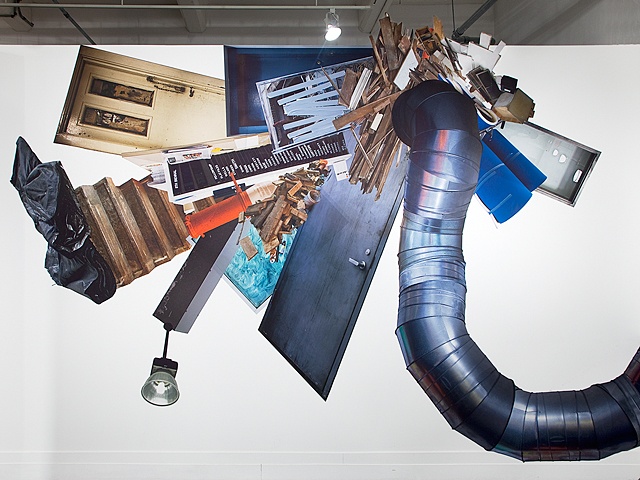 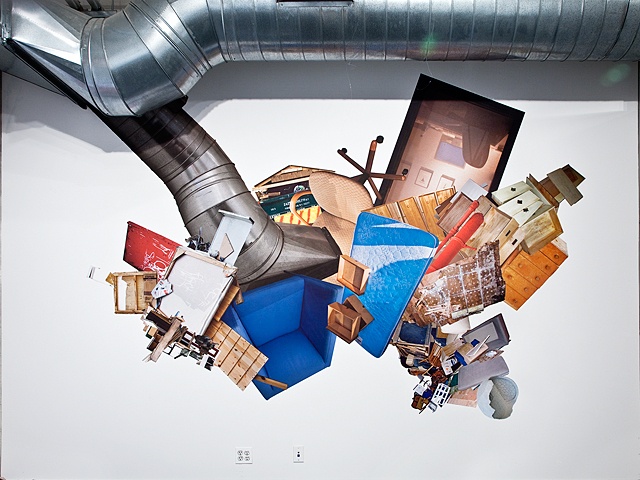 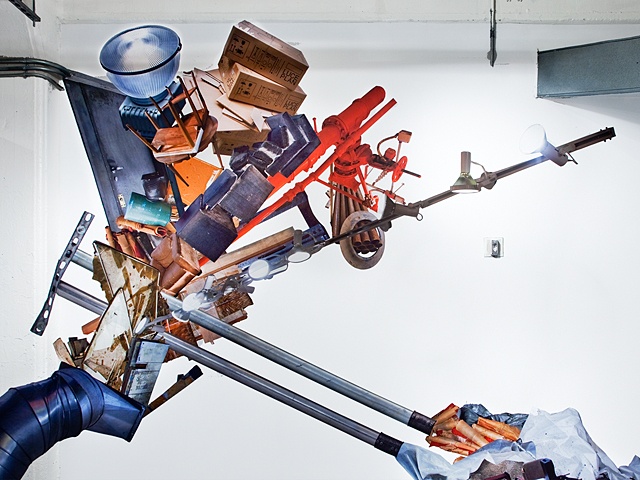